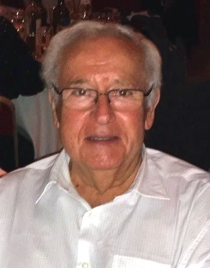 Professor Jacques Jeandot passed away unexpectedly on Wednesday, June 13th, 2018 at the age of 74.

Jacques Jeandot holds the unique honor of holding degrees in both Oral Surgery and Medicine. His knowledge of these two disciplines allowed him to practice independently as a dentist, general practitioner, and specialist doctor in stomatology.

He was a kind and generous man, who very quickly put his skills to use for the good of the community by working at a university hospital, first as an Assistant Professor in oral pathology and surgery in 1983 and finishing as a Professor and University Hospital Practitioner in 1991. He chose to practice odontology full time, offering his services to the general public system.Very few dentists worked so closely with the general public system at this time.

The university hospital career he devoted himself to until his retirement allowed him to serve as a member of the National Council of Universities (Conseil National des Universités/CNU) for over 20 years, including 10 years as the President. He also presided over the Société Francophone de Médecine Buccale et Chirurgie Buccale (Francophone Society of Oral Medicine and Oral Surgery), which he actively helped to develop.

But above all, he was the first to create an internship in oral surgery, characterized by specialization in both medicine and dentistry. It was something he fought for his whole life: The integration of odontology in the medical world. His double career as a dentist and a doctor had no doubt allowed him to make this connection, which he remained faithful to all his life.

At the international stage, his passion for foreign cultures, his humanism, his knowledge, his generosity, his integrity, all led him to invest in the training and recruitment of practitioners abroad. This is how Professor Jeandot participated in numerous aggregation juries at the African and Malagasy Higher Education Competition (CAMES) and in several teaching missions in Vietnam, during which he enjoyed spending time with his family.

On a local level, he had always been involved in the medical training of students, succeeding in encouraging many young minds to pursue a career in medicine. Professor Jeandot served as the Head of Dentistry for 13 years. He was an advocate for the migration of the dental service to the hospital centers of Pellegrin, Xavier Arnozan, and Saint André, which contributed to the integration of medicine and odontology in Bordeaux hospitals.

In addition to his professional qualities as a Professor and Surgeon, we will always remember that Jacques Jeandot was a humanist, a warm and generous man who brought together a united team that will continue to live by his values.

This is an Open Access article distributed under the terms of the Creative Commons Attribution License (http://creativecommons.org/licenses/by/4.0), which permits unrestricted use, distribution, and reproduction in any medium, provided the original work is properly cited.

Data correspond to usage on the plateform after 2015. The current usage metrics is available 48-96 hours after online publication and is updated daily on week days.

Initial download of the metrics may take a while.