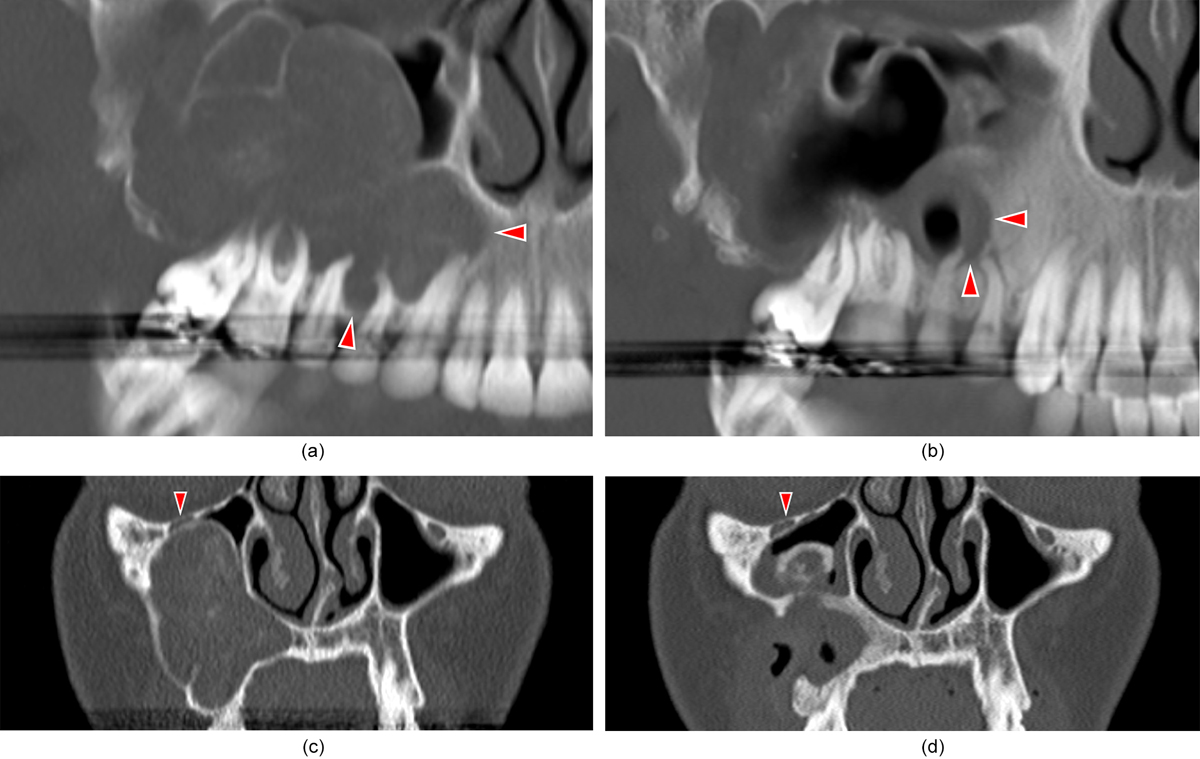 3D imaging of a right maxillary OKC in a 37-year-old female. (a) Before the protocol, the lesion extended to the centerline of the second incisor; lobes creeped into the alveolar bone down to the tooth collars. (b) After 14 months of decompression, both the incisor and the canine are away from the OKC. Only the apices of the 4 posterior teeth still have their apices inside the cyst. After root filling of these teeth, the next step was enucleation of the lesion, together with apicectomies of these teeth for a better peripheral burring of the cavity. Without the decompression protocol, 5 teeth would have been lost in a one-step surgery. Notice the presence of air in the cavity, because of the drain. (c) Before the protocol, the infraorbital nerve was flattened by the OKC. (d) After 14 months of decompression, surgery could be performed with a lower injury risk to the infraorbital nerve, away of the lesion.

Data correspond to usage on the plateform after 2015. The current usage metrics is available 48-96 hours after online publication and is updated daily on week days.

Initial download of the metrics may take a while.